The gorilla Harambe was killed after a three-year-old child had fallen into its enclosure at the Cincinnati Zoo. Harambe grabbed and dragged the boy and was subsequently shot by a zoo worker in fear for the child’s life. Soon after, a bystander video capturing the entire incident became viral online. The event sparked global controversy as well as the memeification of Harambe.

On May 28, 2016, the boy fell into a moat after attempting to enter the gorilla enclosure. Harambe started dragging the small child around and became increasingly agitated over the duration of 10 minutes, before being killed with a single rifle shot as an emergency measure. Luckily, the boy escaped without serious injury.

Worldwide public mourning and outrage followed, with some criticizing the zoo’s choice to use lethal force, and others blaming the child’s parents' alleged negligence for the incident. A debate on whether gorillas should be held captive at all ensued.

All the while, Harambe became the subject of countless viral internet memes. Many of them exaggerated tributes and memorials dedicated to the gorilla. Some of them genuine expressions of grief. Amongst other deliberately nonsense content, “Dicks out for Harambe” emerged as a sort of slogan tribute.

Many embraced the meme to comment on the hypocrisy of society’s over-the-top grief and anger about the death of a gorilla rather than the deaths of ordinary people of color. Or the 1,000 people that died the same week, trying to cross the Mediterranean Sea to Europe. Others instrumentalized Harambe for offensive and even racist memes.

Overall, the Harambe meme was and is extremely popular. Not only despite, but precisely because of its ambivalent nature — making fun of a dead animal while simultaneously paying tribute. It crossed ideological and cultural borders and served different purposes to many. And, maybe even most importantly: Its problematic nature made it off-limits to corporations and advertisers seeking to appropriate meme content for their messaging.

Cosmopolitan: The Conversation About Harambe Has Racist Undertones We Can't Ignore 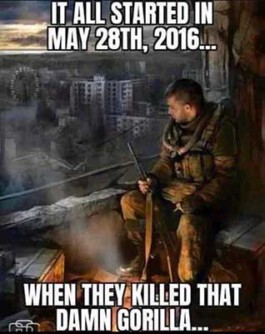 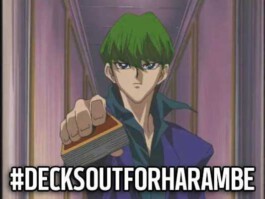 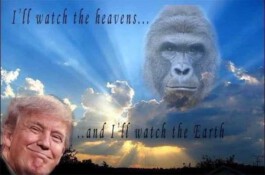 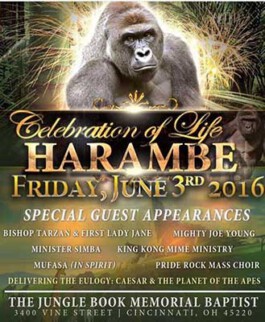 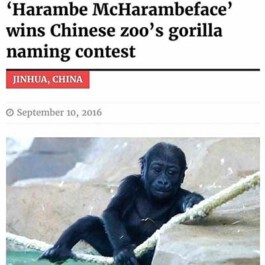 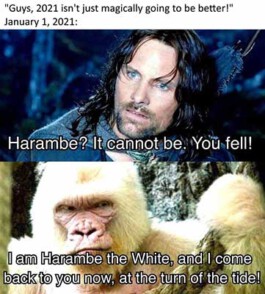